Carbon Dioxide or CO2 is one of the four gases altogether amounting to more than 99% of Earth’s atmosphere by volume. Moreover, CO2 is a greenhouse gas that balances radiant energy within the thermal infrared range. It allows keeping temperature and humidity on our planet on levels enabling the existence of life as such. However, relative to the pre-industrial period the atmospheric concentration of CO2 has increased by 1.5 times due to anthropogenic factors related to intensive industrial development and overpopulation.

As a consequence, scientists and researchers all over the world have become actively investigating the impact of CO2 with regard to its concentration. The indoor environment is the most relevant for studying the human’s response as the CO2 level increases well above outdoor levels in limited occupied space.

The effect of high CO2 levels indoors can be explored based on physiological and neurophysiological measurements. During experiments conducted by Snow S. et al., the measurements were obtained from the group of independent participants influenced by CO2 concentration up to 2700 ppm that is more than 6 times higher current normal atmospheric level but common for indoors. The results of this study published in 2019 in Building and Environment had shown the visible reduction of respiration rate and simultaneous increase of heart rate and skin temperature of the participants.

However, even without any specific measurements, we can feel the impact of poor indoor air on our physiological performance detecting the symptoms like a sensation of dry skin, headache, eye, nose and throat irritation, wheezing, tight chest, itching nausea and dizziness. These symptoms are classified as a sick building syndrome which frequently annoys office occupants and affects long-term health.

Another significant parameter of human performance is cognitive functions enabling us to learn, think, make and execute decisions. To determine the effect of CO2 concentration on mental abilities the ventilation rate is lowered or CO2 is artificially raised by direct injection in the study room. In the research performed by Snow S. et.al. a set of computerized cognitive performance tests was used to assess executive function, complex, simple and sustained attention, reaction time, working memory, and cognitive flexibility of the participants. Based on the obtained experimental data the significant reduction of all studied domains of cognitive performance was concluded during the exposure to the high CO2 levels.

To sum up, CO2 has a crucial role in maintaining life on our planet, but in high concentrations existing today indoors, it harms the physiological, neurophysiological, and cognitive performance of humans. Furthermore, according to the current rate of atmospheric CO2 growth, we could reach hazardous outdoor levels of CO2 already in this century. 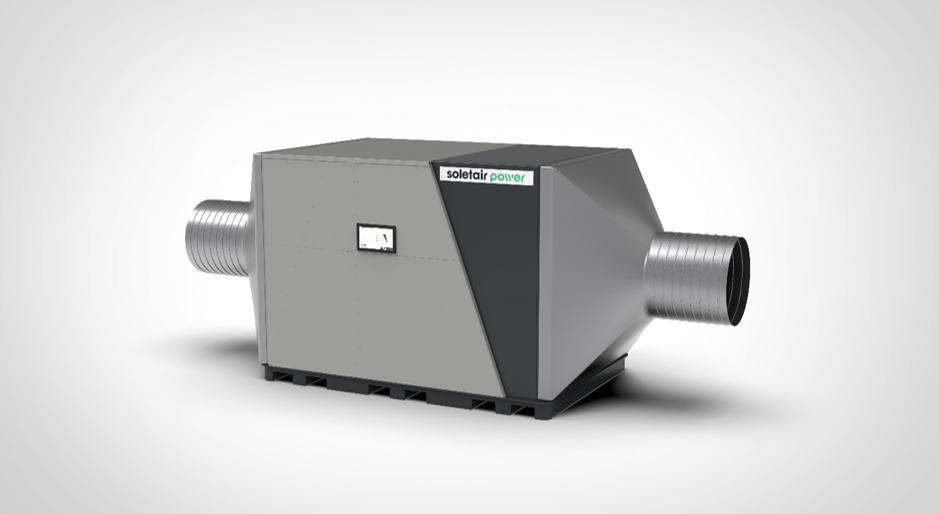 To prevent a lack of physiological and mental abilities due to high indoor CO2 concentration, we offer Carbon MinusTM. Our product keeps CO2 concentration indoors on a safe level by capturing it from atmospheric air incoming the building ventilation system. The captured CO2 is further transformed into various energy carriers like synthetic natural gas. Carbon MinusTM represents carbon-negative technology that ensures human health and productivity indoors today and creates a base for future generations’ well-being on the earth in the long run.